Raipur: On the third day of state-level Chhattisgarhiya Olympic today, competitions of traditional games such as ‘Pitthul’ and ‘Sankhli’ were organized at Chhatrapati Shivaji Maharaj outdoor stadium Budhapara, Raipur. In these competitions, participants from five divisions of the state including Raipur, Durg, Bilaspur, Sarguja and Bastar took part with enthusiasm. Audiences were mesmerized to witness the sports talent and the traditional games of the state.

Meanwhile, Chhattisgarhiya Olympic is being organized to promote the traditional games and sports of Chhattisgarh state. In this sports event, competitions of 14 different games is being organized. These include team sports such as Gilli Danda, Pitthul, Sankhli, langdi Daud, Kabaddi, kho kho, tug of war, Bati (Kancha), and solo sports such as Billas, Fugdi, Gedi, Daud, Bhanvra, 100 m race, and long jump. A large number of women, housewives, children, and senior citizens are enthusiastically participating in these competitions. 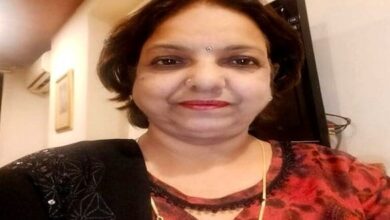 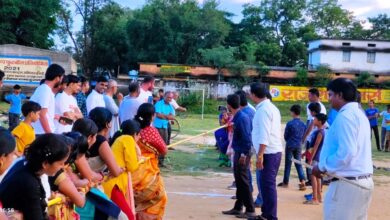 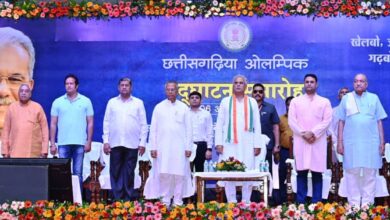 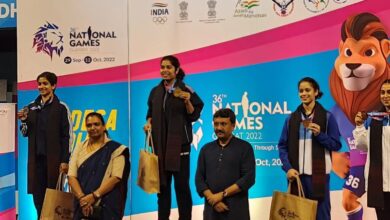 Akarshi Kashyap, a badminton player from Chhattisgarh, won a gold medal in the 36th National Games.