Raipur: Ration is being distributed to 73.27 lakh families in Chhattisgarh under Universal PDS to all ration card holders as per their eligibility. About 64.15 lakh underprivileged families are being provided free of cost rice in the state including 21.61 lakh ST families, more than 10.22 lakh SC families and 34.78 lakh OBC families, and 6.65 lakh families belonging to the general category. At present, 14.49 lakh Antyodaya, 38, 386 destitute, 49.15 lakh priority, 14,000 Divyang, and 9.10 lakh APL ration card holders are getting ration through 13,415 government fair price shops being operated across the state.

Food Secretary Topeshwar Verma said that work is being done to start model government fair-price shops in all the districts of Chhattisgarh. Instructions have been given to start preparations in this regard. Apart from the sale of other consumer goods along with ration, the facility of banking correspondent, etc. will also be provided in the model fair price shops. Aadhaar seeding has been done in ration cards. In a bid to make the operation of fair price shops more economically profitable, preparations are being made to implement new schemes in fair price shops as suggested by India Post Payment Bank, Telecom Department, Oil Companies, and Civil Supplies Corporation.

Fortified rice distribution to be started from April

In a bid to eradicate malnutrition and anemia among women and children in Chhattisgarh, an important decision has been taken in the cabinet meeting held under the chairmanship of Chief Minister Bhupesh Baghel to start the distribution of fortified rice in all districts of the state. Fortified rice will be distributed from April 2023 to ration card holders through fair-price shops. Ration card holders of Priority, Antyodaya, Single Destitute, and Divyang categories will get fortified rice in place of the normal rice being given at present.

Meanwhile, the distribution of fortified rice has been started in the Kondagaon district in November 2020 as a pilot project to ensure food security as well as nutritional security under universal PDS and to remove anemia and other nutritional deficiencies. At present, fortified rice is being distributed in all the districts of the state under the Mid-Day Meal Scheme and ‘Purak Poshan Ahar Yojana’. Apart from this, fortified rice is also being distributed in 10 aspirational districts including Korba, Rajnandgaon, Mahasamund, Kanker, Narayanpur, Dantewada, Bijapur, Bastar, Kondagaon, and Sukma, and 02 high burden districts including Kabirdham and Raigarh under the public distribution system. 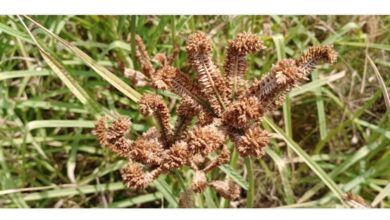