The BJP on Tuesday announced the name of tribal leader Bramhanand Netam, who had once defeated late ManojMandavi whose death has vacated the seat, as its official candidate for the by-election to the assembly constituency on December 5. Counting of the vote will be held on December 8.

The BJP central election committee, which had received five names from the state committee, announced the name of Netam on Tuesday.

The seat is lying vacant due to the untimely death of Congress MLA and former deputy speaker of Chhattisgarh legislative assembly Manoj Mandavi.

As the seat is reserved for ST candidate, Netam, who enjoys popularity among the tribes, has been given the responsibility by the BJP. This byelection is crucial for the party in view of upcoming assembly elections in 2023 in the state. Netam has once been the MLA after winning the 2008 assembly elections and he has also once defeated Manoj Mandavi. As the tribes are unhappy with the state government after they lost their quota of reservation following a high court order which reduced the quota from 32% to 20%, the BJP will try to encase on it.

State election committee of the BJP had sent the panel of five names to the central committee. The state committee shortlisted five names out of 17 names suggested by the four-member team of observers – MP Santosh Pandey, former union minister Ramvichar Netam, MLAs Shivratan Sharma and Ranjana Sahu – who visited Bhanupratappur to take feedback of people and party workers before suggesting the 17 names to the state committee. 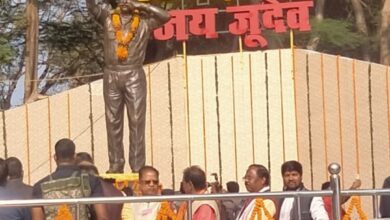