In Kawardha Municipal Corporation by-election ward number 19, Congress candidate Shraddha Namdev has been victorious here as she got 649 votes where as BJP’s Shaila Thakur got 369 votes. Shraddha has won by 280 votes. Ugta Suraj’s Mamta Paligot 3 votes and Dopatti’s Sarita Thakur got 47 votes.

In the by-election of Raigarh Municipal Corporation Ward No. 27, BJP candidate Sarita Rajendra Thakur has won as she got 865 votes. Whereas Rani Ashok Soni of Congress got 599 votesand independent candidate Yogeshwari Kurre got 182 votes, BSP candidate Prem Kumari got 57 votes, JCCJ candidate Roma Rai got 13 votes and NOTA got 6 votes.

The results have been declared after the counting of votes for ward number-5 of Nagar Palika Parishad Balodabazar. A total of 728 votes were cast here. Congress candidate DharmendraVerma defeated BJP candidate Maya Ram by a margin of 20 votes. Dharmendra Verma got 367 votes, BJP candidate Maya Ram got 347 votes, NOTA got 2 votes and 12 votes were rejected. The seat fell vacant due to the demise of PrakashSharma, who was the vice-president of Janata Congress Chhattisgarh Jogi.

New representatives were to be elected on 696 posts in panchayats and 15 vacant seats of councilors in 14 urban bodies. The State Election Commission had started its process last month. The Chhattisgarh State Election Commission had issued the notification for the by-election for a total of 750 posts. Out of that, 735 posts of district-district panchayat member, sarpanchand panch were included. At the same time, new councilors were to be elected on 15 posts of ward councilors in 14 cities of 12 districts.

In Gorela-Pendra-Marwahi and Sukma districts, all the posts of panch and sarpanch were elected unopposed.

Voting was held on January 9. 72.96% voting took place in the Panchayat by-election and 73.66% in the urban body by-election. 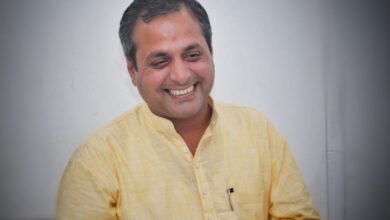