The Union Minister of Law and Justice Kiren Rijiju inaugurates the new building of ITAT in Naya Raipur.

State government should use fund for development of subordinate courts: Rijiju

Raipur:Union Minister of Law and Justice Kiren Rijiju said that there were around 4.25 crore pending cases in Indian courts when he took over the ministry and the number of cases has reached around 4.50 crore today. It expected to reach 5 crore soon, said the Union Minister while addressing the inaugural programme of the new building of Income Tax Appellate Tribunal at the Central Secretariat, Sector-24, Atal Nagar Nava Raipur, on Saturday.

Increase in number of pending cases does not mean cases are not being heard and settled, said Rijiju. Rate of disposal of cases is increasing, effective use of technology is helping in speedy settlement of cases.  If 300 cases are being disposed of in a day, 600 new cases are being registered, said the Union Minister.

However, these should not be the excuses. Timely delivery of justice should be done otherwise delayed justice has no value, said the Union Minister. “I am in the process of developing a system to know the reason behind delay and find out people responsible for the same. This will put pressure on judges and lawyers. I have made it clear during his interaction with the judges of the High Courts and the Supreme Court that the justice should not be delayed,” said the Union Minister.

The Union Minister said that justice should reach to the people residing far from the temple of justice. “We are trying to deliver justice at door steps through mobile courts and people of far-flung areas like Sukma, Narayanpur and Bastar in Chhattisgarh will be benefitted from it. There should not be distance between common people and justice,” said the Union Minister.

In context of ITAT, the Union Minister said that there should be provision to translate the English language to local ones. The Central government led by Prime Minister Narendra Modi is there to ease the life of people and ease the doing of business.

“We scrapped around 1500 laws which had been harassing the people unnecessary after Modiji came to power. Our mantra is – Maximum Governance, Minimum Government,” said the Union Minister.

The Union Minister said that a Mediation Bill will be brought to the Lok Sabha. This bill is now with the Parliamentary Standing Committee. The mediators and arbitrators will help resolve disputed  in Income Tax cases. “I will ask the Law Universities of the country to start a special course on Mediation and provise special training to students so that they can work as mediators and arbitrators,” said the Union Minister.

The Union Minister appreciated the efforts of ITAT which has been able to reduce the pending cases and he came to know it during the review in Covid period.

The Union Minister of Law and Justice, Kiren Rijiju, appealed the Chhattisgarh government to take advantage of fund allotted to the state for the development of infrastructure for subordinate courts and help people get speedy justice. The central government has provisioned fund for the infrastructure development of sub-ordinate courts and district courts, said the Union Minister. “We are also planning to start mobile court to deliver timely justice at doorsteps,” said Rijiju. On the inflation, Rijiju said that Central has reduced the fuel price and it is turn of the state to cut the tax on fuel if it really wants to control the inflation in the state. 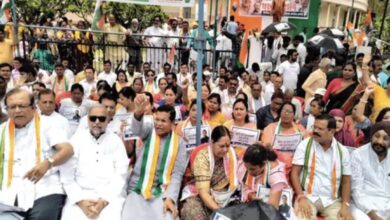 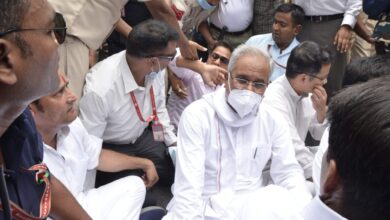 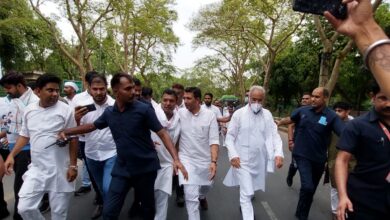